The Kick-arse Women of the Smuggler’s Curse Series 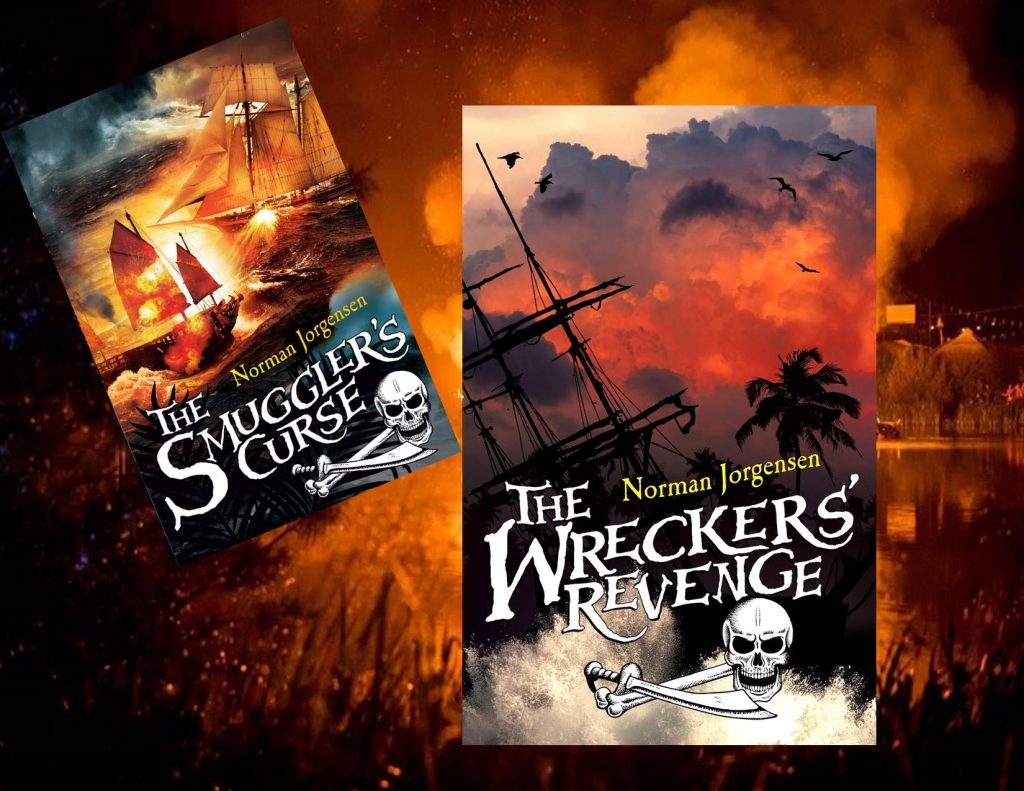 My writing mostly comes from some murky subconscious place, and I suspect some of my characters tend to a bit two dimensional because they are more like me than I intend. I noticed, however, that the women in the Smuggler books seem to be more fleshed out in behaviour and attitudes than many of the blokes. They are also a bit scary. I‘m not sure why – it could be because all the woman in my life when I was younger were a tough as nails bunch who ruled their families and faced their circumstances with backbones of steel. Understandably, they had a huge influence on me, and they have somehow crept into my writing. My great grandmothers, Jane Campbell, Victoria Bowen, Jane Edwards, and Hannah Jorgensen were all goldfields pioneering stock living in shacks in appalling conditions in Coolgardie and Kalgoorlie with dust, flies, no water, no sanitation,  disease, accidents, and the early death of many of their family and friends. They had to contend with young children while living the middle of a desert, completely isolated from their families. 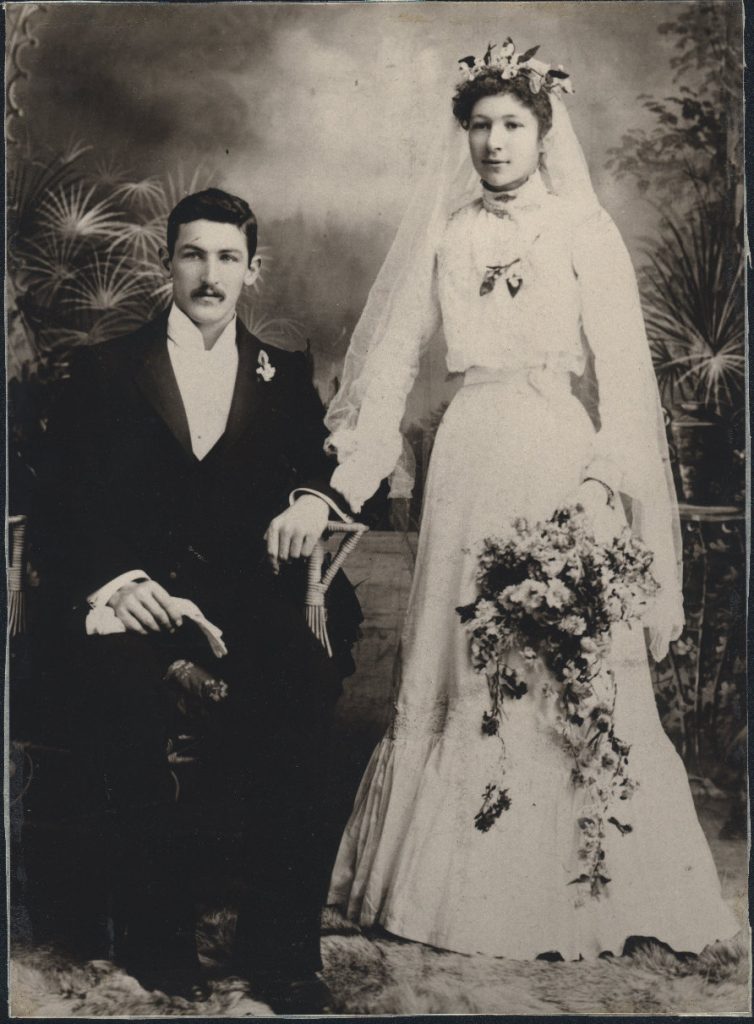 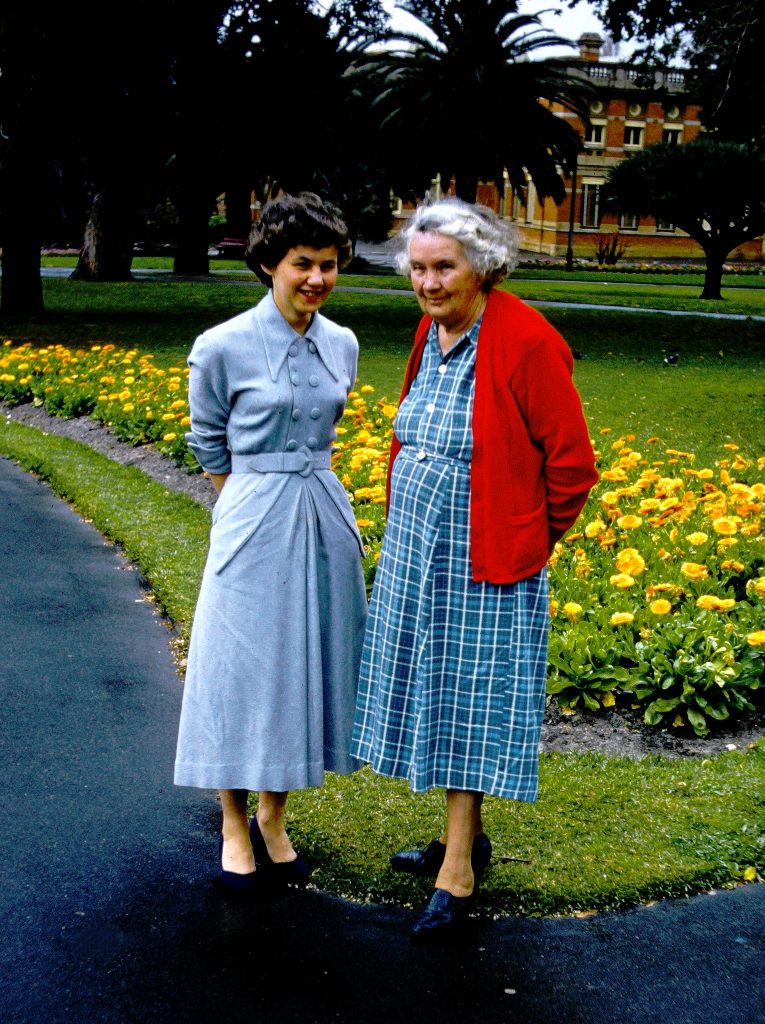 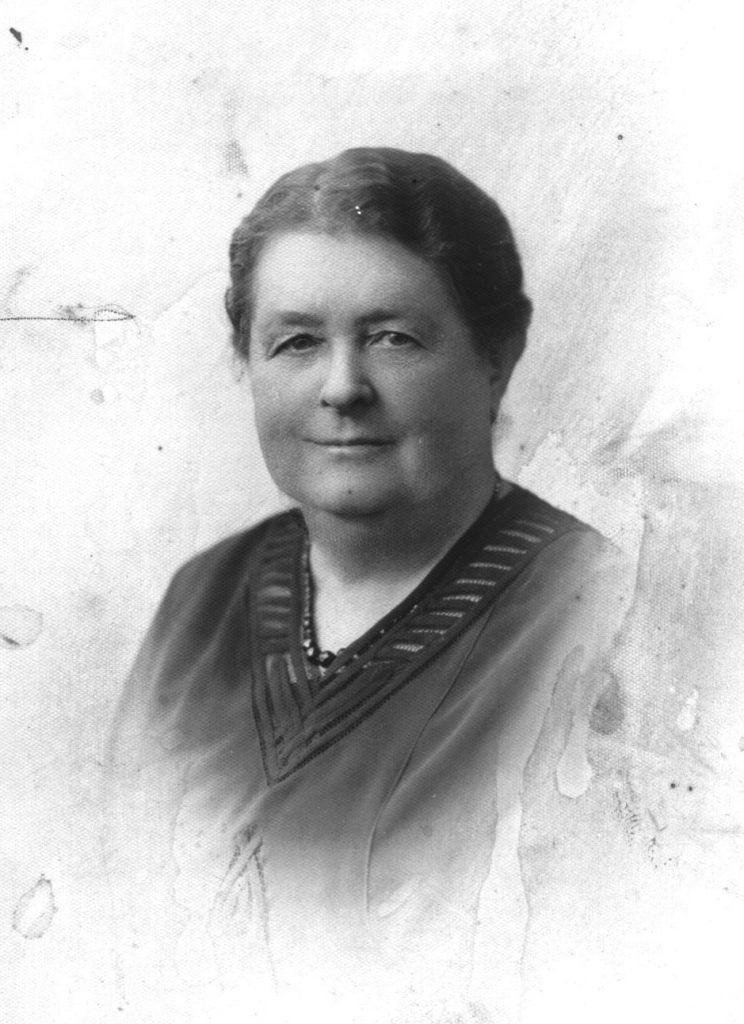 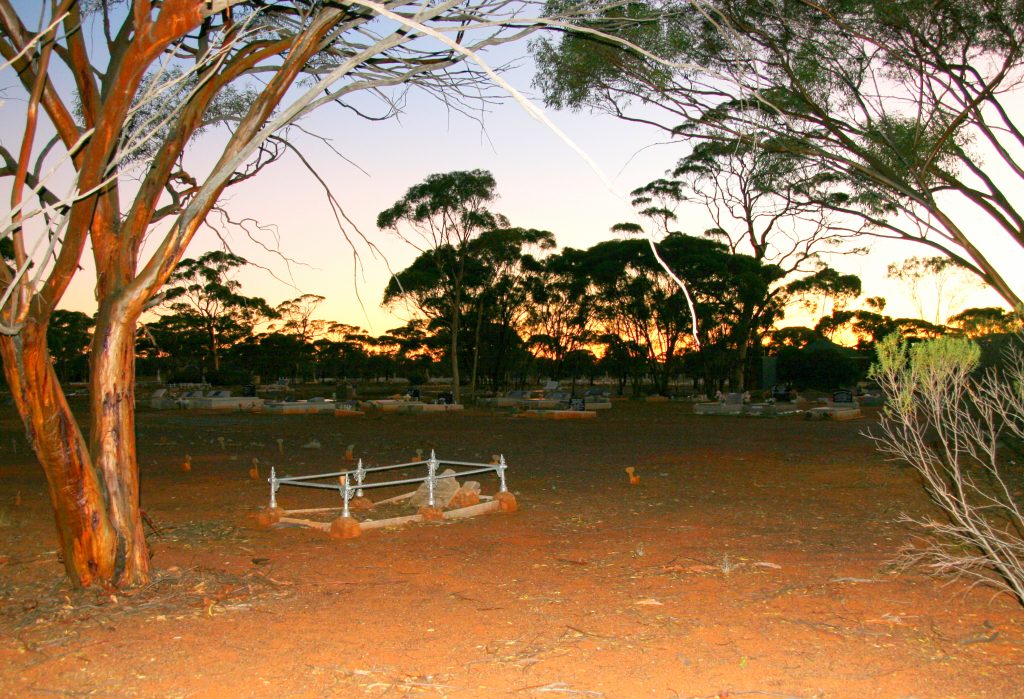 My grandmothers, Charlotte Campbell and Nell Jorgensen were both born early in the 1900s so faced the horrors and deprivations of  World War I, Spanish Flu, The Great Depression, World War II and dangerous childbirth and all the rest of the catastrophes the 20th century threw up, all before they turned forty. 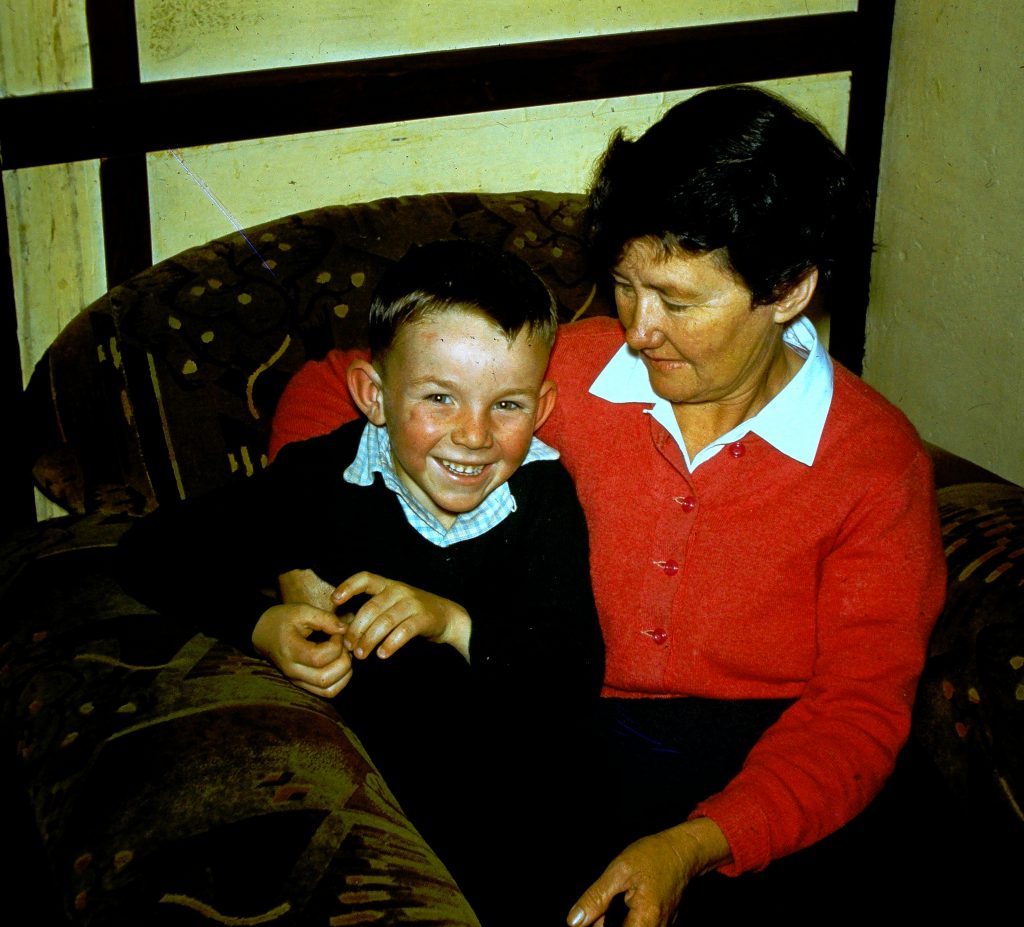 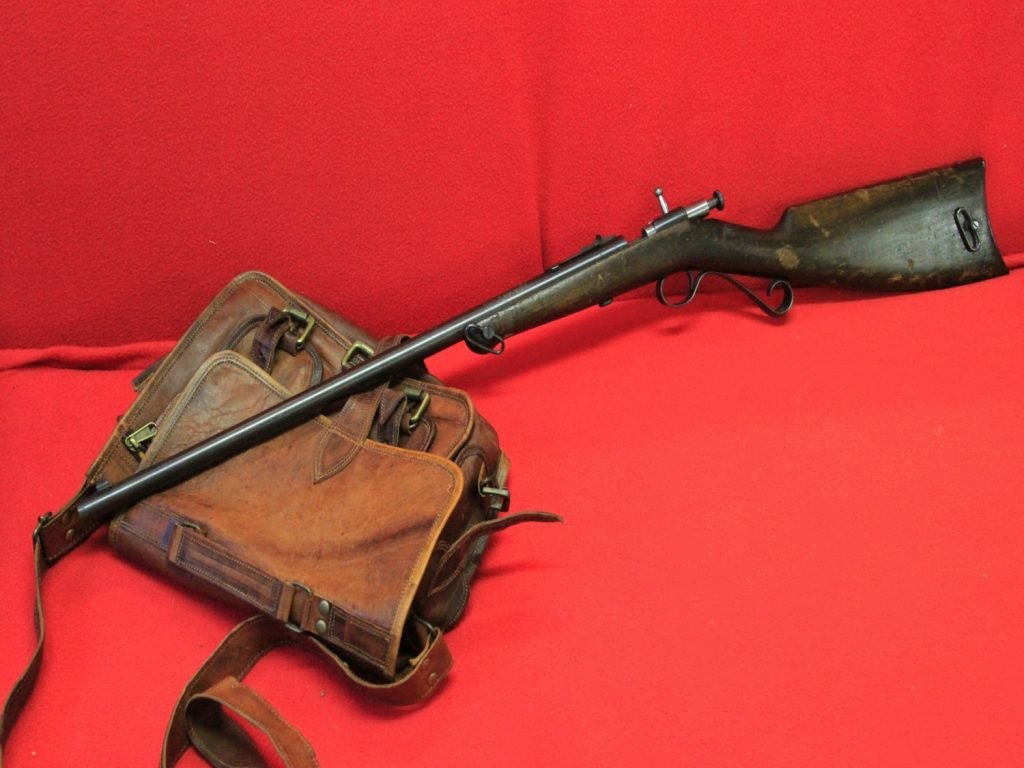 My mum, Barbara, also had a harsh time of it living in outback towns while bringing up four brattish, adventurous boys, often alone as my dad was away working a lot.  They all persevered, faced up to fate and dealt with anything it threw at them and overcame all obstacles with grit and determination. There is no shortage of role models to draw from in that bunch of rellies, so I drew extensively. 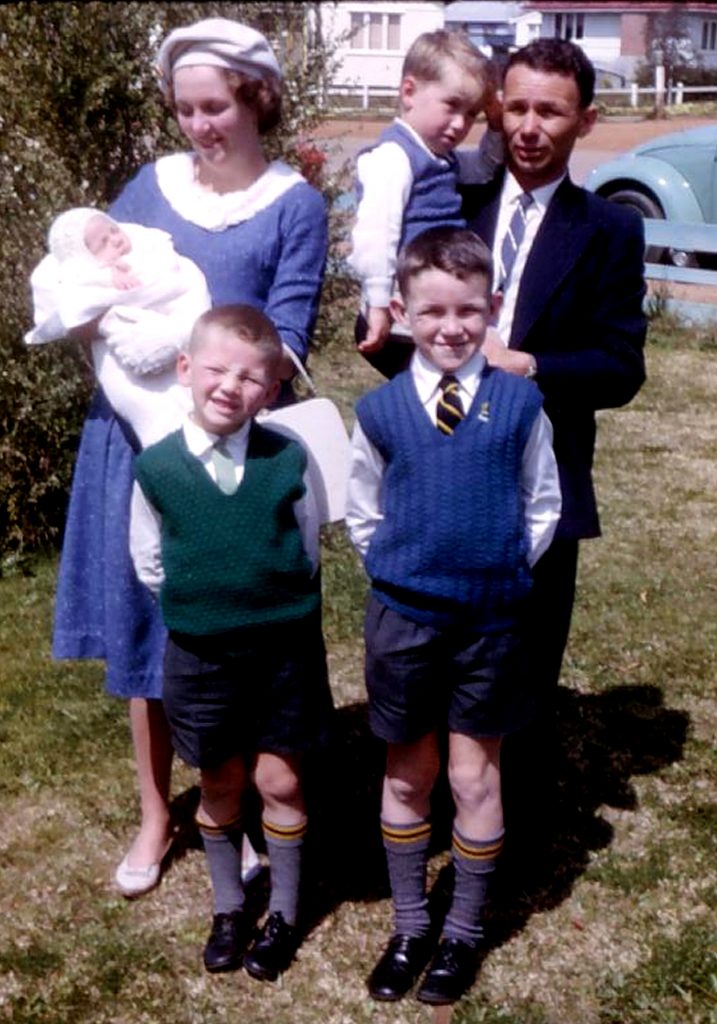 Barbara Jorgensen with Jack and their sons Norman, Ian, Bruce and Colin.

Despite their backgrounds and hardships, I remember them all as being warm, generous and caring women,  but also running their households like benevolent dictators, Comrade, while putting up with no nonsense, especially from little brats like us.   Nell even kept a .22 rifle in the kitchen in case any Dugites slithered into the house to warm themselves by the Metters’ stove.  I featured Nell as herself in Jack’s Island, my World War II novel set on Rottnest Island. 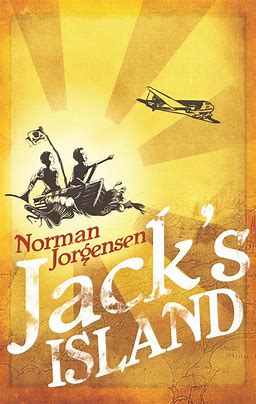 Barb, my mum, who lived in Broome where I was born, became the inspiration for Mary Read, Red, the hero’s mother, and owner of the Smuggler’s Curse Hotel that sits on a hill overlooking Roebuck Bay and the wild shantytown of Broome. Mary Read was also the name of an imfamous female Caribbean pirate and companion of fellow pirates Anne Bonny and Captain Jack Rackham who Meg Caddy has featured in her recent book,  Devil’s Ballast. My Mary Read sold her son to a notorious smuggler, which was not something my mum ever did, but I bet she was sorely tempted more than a few times. 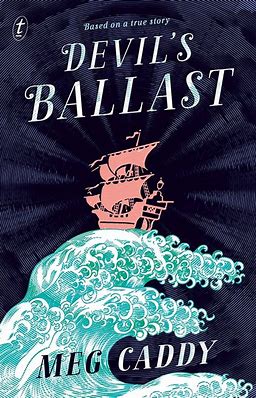 This is an excerpt from The Wreckers’ Revenge where two policemen attempt to arrest Mary Read:

[  The policemen freeze and stare at him, visibly terrified. The smaller one twists his head to one side and winces. Ma has grabbed the bread knife from the table and holds the point just under his ear. ‘Don’t move a muscle. Listen to Captain Bowen,’ she hisses, ‘if you want to live another minute.’

‘I should kill you right now, you fools, picking on Mrs Read like this, but instead, I am giving you a chance to live. You have two options, you miserable lackeys of the Queen. The best choice is, you walk away from here and forget everything you have seen this morning. Everything. You don’t breathe a word to anybody at all, ever. You hear me? Not your superiors, your families, not your friends, no one. Ever. Not even on your deathbeds to your confessing priest.’

The policemen both nod enthusiastically, though they still look terrified out of their minds.

‘Or,’ continues the Captain, ‘Mrs Read here opens your throats from ear to ear with that bread knife. Your colleagues-in-arms can find your cold, lifeless, God-forsaken bodies on the rocks below the cliffs, just outside there, at the next low tide, with the crabs feasting on your eyeballs.’

He waits for a few seconds. No one makes a sound. ‘I’ve seen her do such a thing before. So what’s it to be?’

Several other real women have also appeared in the three Red Read books, including Ibu Perbu,  a hero of the Sumatran resistance who led her army of locals and head-hunters against the Colonial Dutch Army. A devout Muslim woman and excellent military tactician, she commanded the rebels for over 25 years after her husband was killed in battle. In The Smuggler’s  Curse, her troops are badly in need of weapons, so I have her doing a deal with Captain Bowen to swap a cargo of salvaged Scotch whisky for crates of army rifles, which he then takes back to Australia and sells, making the crew of the Black Dragon very rich. 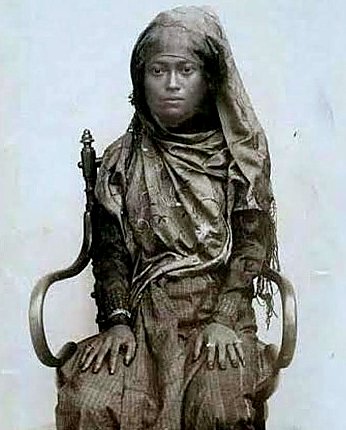 This is Cut Nyak Dhien, known as Ibu Perbu – The Queen. She is so revered in Indonesia that I didn’t use her name, but invented a character based on her called the Black Widow.

Two other characters based on real people are Mrs Crawford and her teenage daughter Anna who I introduce in The Wreckers’ Revenge The real Mrs Crawford was early feminist, Anna Leonowens, who was immortalised in the 1951 Rogers and Hammerstein musical, The King and I.  It helps to be old enough to have seen the film. 😊  In the 1860s, Mongkut, King of Siam wished to give his 39 wives and concubines and 82 children (that is not a misprint!)  a modern Western education, so he employed Anna who had been widowed in Penang and needed a job. Before then, Anna had opened a school in Perth. Her maiden name was Crawford, and I named her daughter Anna, whereas, in reality, she had a son called Louis. 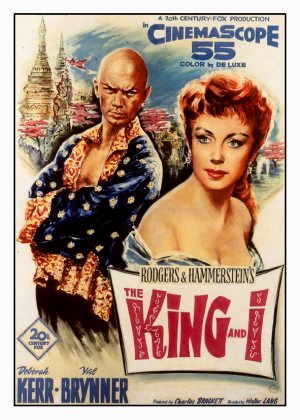 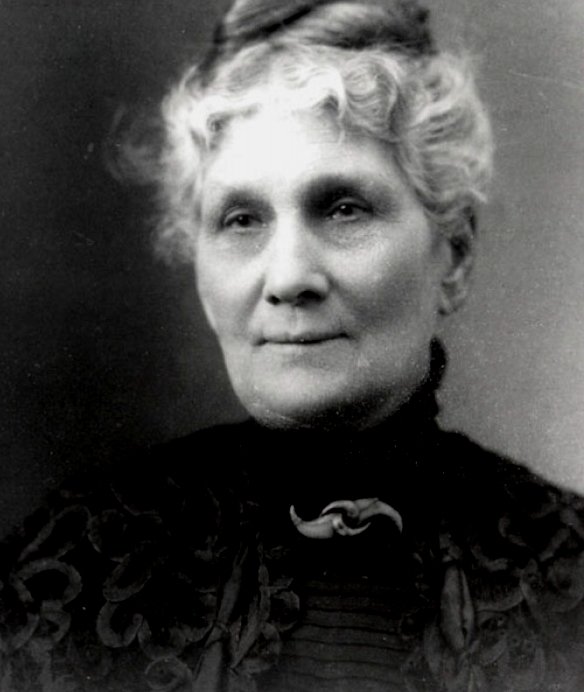 In my version, both Mrs Crawford and Anna join the Black Dragon as passengers and arrive well-armed with matching silver pistols and an expensive Purdey Elephant Gun, a gift from King Mongut,  which she puts to worthwhile use when the schooner is attacked and saves the crew.

[  ‘One of the females is here,’ says Mrs Crawford. She steps out from behind the binnacle at the stern of the lugger. In her hands she holds the silver Purdey rifle, both triggers cocked back.

‘Not so fast,’ says Peabody. ‘I lift my arm, and we bring Armageddon down on you. And besides, at that distance …’

‘It is not buckshot, Captain Peabody. It’s a solid bullet the size of your thumb. At this distance, it will go right through you and your foul gizzards, and continue all the way to China, believe me,’ interrupts Mrs Crawford. ‘This is not the first time I have used it. The only Armageddon here will be you arriving at the fires of Hell sometime in the next few seconds.’  ] 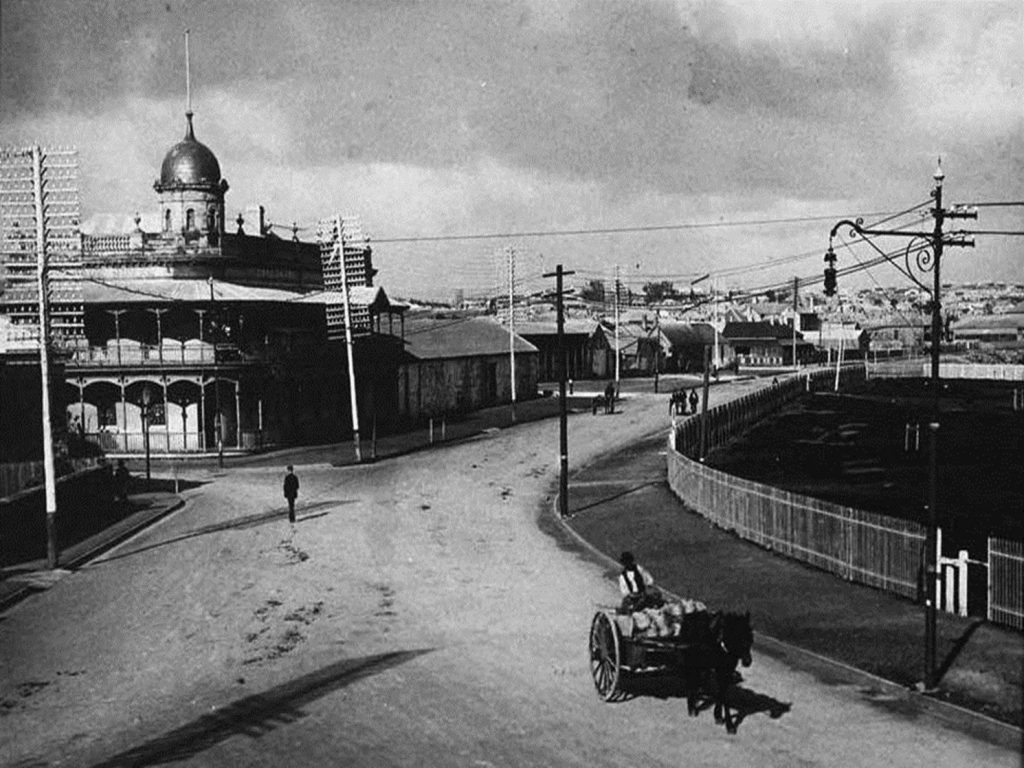 And then there is Nell Underwood, owner of the Esplanade Hotel in Fremantle. Her husband (in real life) John Patterson Beresford, licensee, shot himself dead with a revolver in their bedroom late one night. Beresford had been “suffering greatly from insomnia and dropsy.” I don’t mention that in the story, as that may have made her a bit miserable, but I gave her a decent sense of humour instead.  Here’s a bit from their first meeting:

[  ‘And who’s this then?’ she asks, grabbing both my cheeks like an auntie would and giving them a squeeze. I can feel myself blushing all the way down to my toes.

‘Nell Underwood, it is my pleasure to introduce young master Read, Red Read, my secretary and accountant, all rolled into one,’ announces the Captain, rather proudly, I think. ‘He’s one of my crew, and his mother owns a hotel up in Broome, my second favourite, after this one, of course. The Smuggler’s Curse.’

‘You’ve spoke of him in the past. The boy must have prospects then,’ she continues, laughing all the time. ‘He looks healthy enough. Good teeth? I’m thinking, how about we marry him off to my Emma? They’d make a lovely couple, don’t you think? Give him a few more years.  What do you say, boy? That’s her over there, serving that table in the corner.’ She points to a dark-haired girl holding two glasses of beer and joking along with the men at the table. ‘Like the look of her?’

Like the look of her? Emma is the most beautiful girl I have ever seen in my entire life. She has long dark hair, sparkling eyes, rosy cheeks and what my Ma would call a shapely figure, though the men of the Curse use a much more descriptive expression. I try not to stare, but can’t take my eyes off her.

‘I told Red he might have to bunk in with Emma tonight if there are no beds free,’ continues the Captain, with not even a slight grin on his face.

I look the Captain in horror.  He can’t mean it, can he? I have hardly ever even talked with girls my own age. There are almost none in Broome as all daughters of the Pearling Masters, and many sons are sent south to boarding school in Perth as soon as they are old enough.  I wouldn’t even know what to say to a real girl, especially one so pretty. My mouth turns all dry.

‘If he does, he’ll be bunking in with me and my sharpest carving knife between them, until my Emma, has been churched and blessed and has a ring on her finger.’

‘But… I’m only… I’m too young…,’ I stammer like a lunatic while still remembering Mr Smith’s advice about foreign girls. Not that Emma is foreign, but she does have a fierce-looking mother, rather like mine, I fear.

‘Unless he comes with no less than a thousand pounds a year, then that might be a different matter altogether,’ she continues, still enjoying my discomfort.

‘Emma!’ shouts Mrs Underwood, her voice filling the room and echoing off the back wall. ‘Come and meet your new husband.’

One of the men at the table she has just served suddenly jumps to his feet. He pulls a knife from his belt and slams the point into the table. ‘I want to marry Emma!’ he yells, defiantly.

‘You are already married, you drunken fool,’ laughs Emma, smacking him on the back of the head with her hand.

In Dragon’s Blood, the third book still to come in the series, Mrs Crawford and Anna feature heavily. I also invented a new character, Dr Lucy Dashwood, based on the determined missionary character, Rose Sayer, as played by movie star Katherine Hepburn in the 1951 film, African Queen, which was written by CS Forrester, author of Mr Midshipman Hornblower.  I gather Katherine was a lot like the character she played here in real life too. She fits in with my crew quite comfortably and is free with her acid tongue. 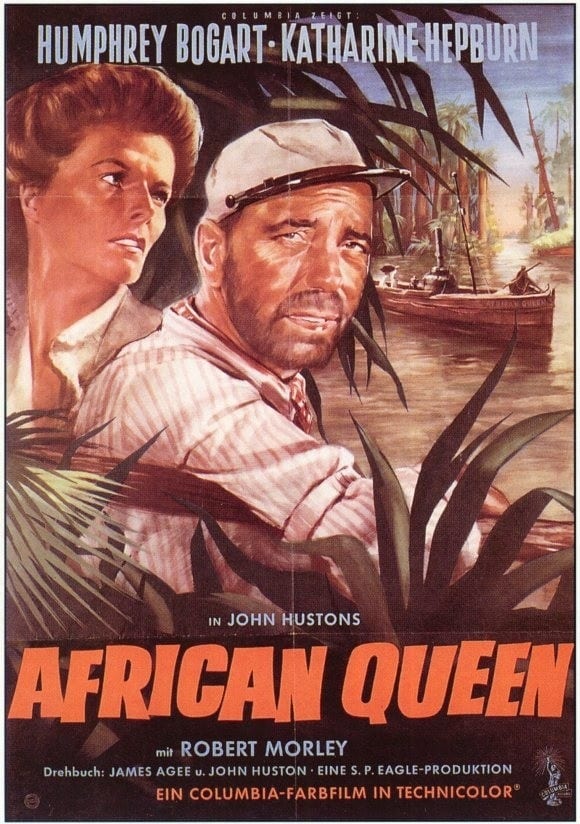 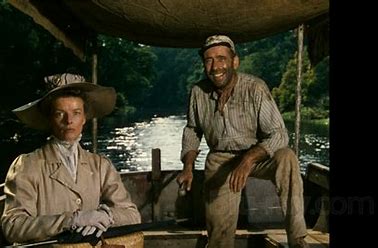 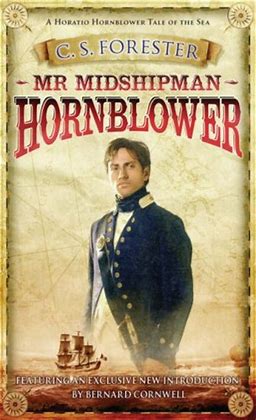 And while I’m in this grove, CS Forrester encouraged Roald Dahl to become a writer, and Roald encouraged me (!)  to try my hand at it when I met him on his Australian tour back in 1989. Roald sold 250 million books, so he was slightly more successful than me. But I’m still plugging away, and hoping. Maybe 2021? 😊 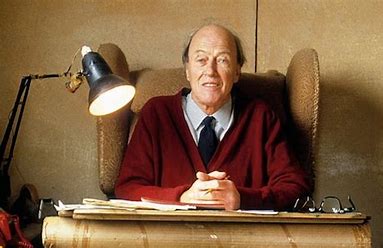 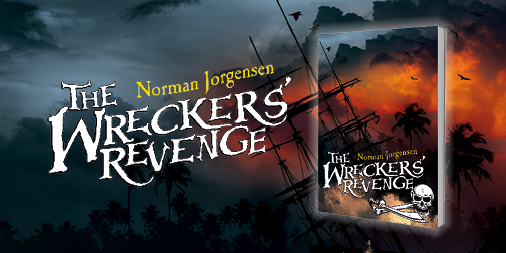 Come on and share the adventures with me as I research and write new books.

You have Successfully Subscribed!